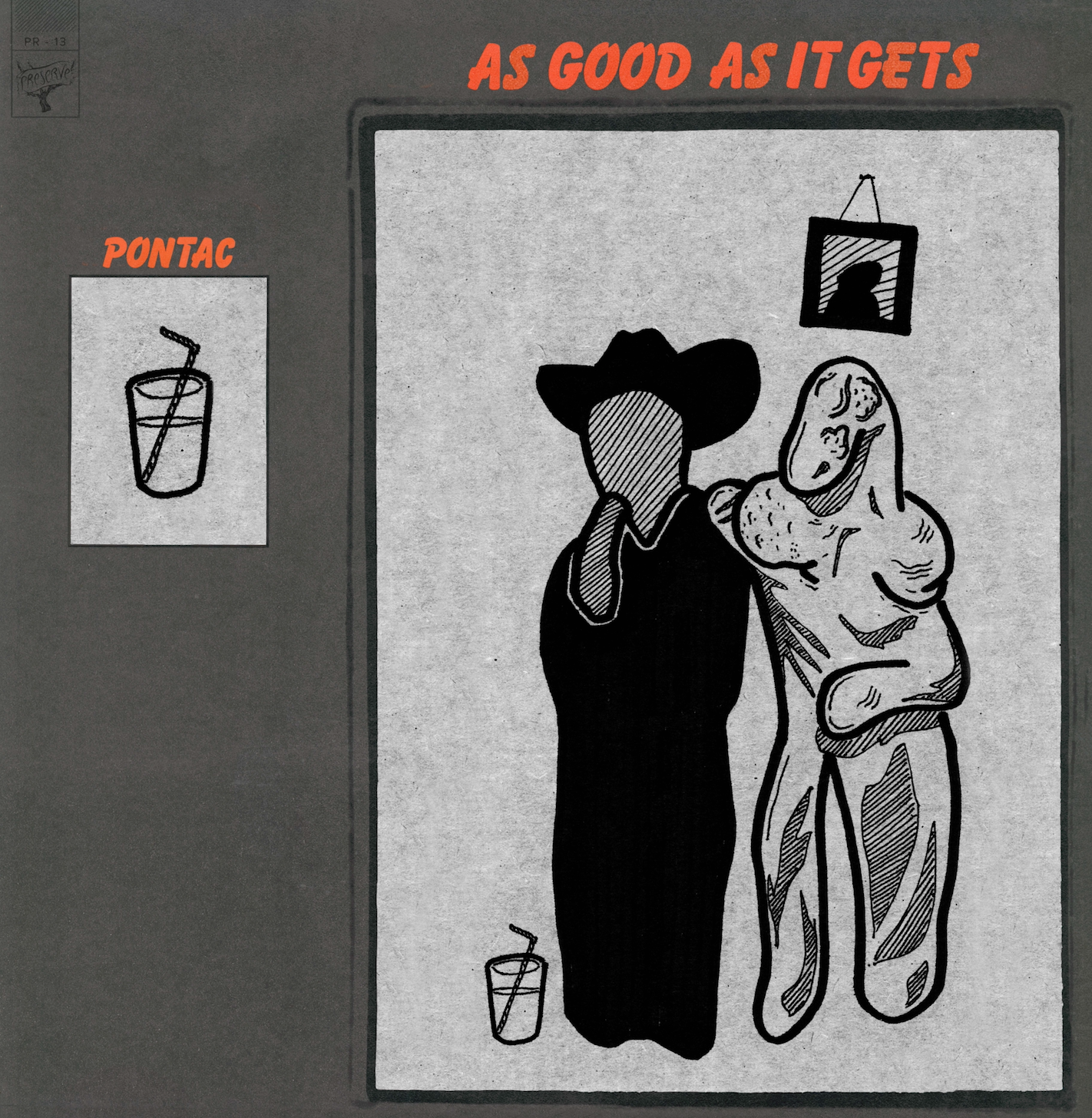 Recorded live in a church basement over two days, As Good As It Gets is the first major release from noise-country outfit Pontac.

Throughout the record's nine songs, Pontac weaves classic Americana influences, the midwestern landscape, and the bodily fluids of the down-and-out into a honky-tonk tapestry that blurs the line between the sentimental and the downright ugly.

Featuring a rhythm section comprised of up-and-coming jazz-composer Tommy Carrol [Calculated Discomfort] and singer-songwriter Lyn Rye [Not Lovely, Al Scorch] and contributions from pedal steel veteran Brian Wilkie [The Hoyle Brothers], the As Good As It Gets band reflects Pontac's adulation of both the traditional and the transgressive. Honky-Tonk bandleader and country music disc jockey Lawrence Peters leaves his mark on the record as well, lending his rich baritone vocals to Pontac's tenor twang on a handful of tunes.

Produced and co-arranged by Preserve Records founder Patrick Budde [Perfect Posture / Friends of the Bog / Vender & The Cobras], As Good As It Gets marks an exciting new frontier for the young Chicago label -- expanding out from the basement and into larger spaces, with an ever-growing list of collaborators adding to the sound.

The As Good As It Gets Vinyl Release Show is slated for 3/19 at The Hideout.

The Lawrence Peters Outfit and (Preserve label-mates) Friends of the Bog will open.